The Search for Our Cosmic Ancestry 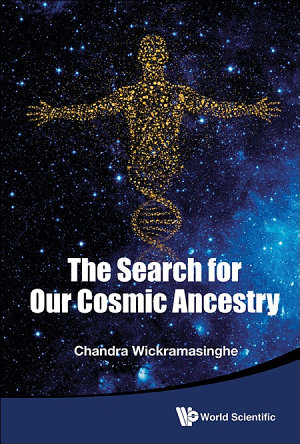 GET BOOK
The Search for Our Cosmic Ancestry Book Description:

The idea that life is a cosmic, rather than a purely terrestrial phenomenon, has progressed from scientific heresy to mainstream science within the short timespan of a few decades. The theory of cometary panspermia developed by Fred Hoyle and the present author in the 1970's has been vindicated by a spate of new discoveries in astronomy and biology, and also with startling new evidence of microbial fossils in meteorites and micrometeorites. The recent Kepler Telescope searches for exoplanets have indicated the presence of over 100 billion habitable planets separated by only a few light years, thus making panspermia and the transfer of microbial life between such planets an inevitable fact. The book presents a comprehensive and up-to-date account of the Hoyle–Wickramasinghe theory of cometary panspermia in a manner accessible to a wide general readership. Contents:The Genesis of PanspermiaThe Primordial Soup and EvolutionCosmological ContextFrom Dust to LifeCometsCosmic Viruses in Our GenesEvidence from EpidemicsMicroorganisms Entering the EarthPlanets of Life in the Solar SystemSearch for ExoplanetsSearch for Extraterrestrial IntelligenceMeteorite CluesComet Impacts and CivilisationThe Mystery of the Red Rain Readership: General public. Key Features:The recent estimate of some 140 billion habitable planets around red dwarf stars in the galaxy makes panspermia inevitable, so a reassessment of panspermia theories is timelyThe book is written by one of the foremost pioneers of the theory of cometary panspermia and is thus of interest to scientists across many fields, as well as to historians of scienceThe intended readership of the book ranges from science buffs to the general public with a general interest in scienceKeywords:Panspermia;Astrobiology;Comets;Origin of Life;Extraterrestrial LifeReviews: “The author is today's foremost expert on panspermia, having inherited that mantle from the iconic astronomer of the 20th century Sir Fred Hoyle who, with Wickramasinghe as his pupil, strongly re-introduced the subject in the early 1970's. He makes a compelling case for panspermia conveying a cosmic imperative for biology.” Gilbert V Levin Principal Investigator of NASA's Mars Viking Mission of 1976 Discoverer of evidence for Microbial Life on Mars Arizona State University “The book is accessible to those interested in an appreciation of a central question that spans all ages, and scientists and science students, who are seeking coverage of this pioneering subject matter. The historical approach to the subject will be appreciated by readers. The book will take you on an intellectual trek and can transform how you think about humans and the universe. Hopefully it will encourage the next generation of scholars to continue seeking an understanding of the origin of life, one of the most profound challenges for humanity.” Professor J T Trevors University of Guelph, Canada