In this soul-stirring memoir, Lawrence E. Carter Sr. shares his remarkable quest to experience King's "beloved community" and his surprising discovery that King's dream was being realized by the Japanese Buddhist philosopher Daisaku Ikeda. Coming of age on the cusp of the American Civil Rights Movement, Carter was personally mentored by Martin Luther King Jr. and followed in his footsteps--first to get an advanced degree in theology and then to teach a new generation at King's alma mater, Morehouse College. Over the years, however, Carter was disheartened to see the radical cosmic vision at the heart of King's message gradually diluted. Then he encountered Ikeda, president of the lay Buddhist association Soka Gakkai International. Carter knew that King had been inspired by Ghandi, a Hindu, and now Ikeda, a Buddhist, was showing him how King's message of justice, equality, and the fundamental dignity of life could be carried to millions of people around the world. What ensued was not a conversion but a conversation--about the essential role of interfaith dialogue, the primacy of education, and the value of a living faith to realize King's dream of truly global cooperation. 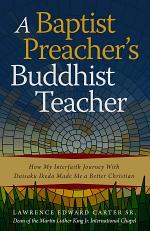 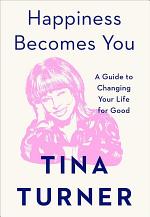 Authors: Tina Turner
Categories: Philosophy
Tina Turner—living legend, icon to millions, and author of the “brave and wry” (Vulture) memoir My Love Story—returns with a deeply personal book of wisdom that explores her longstanding faith in Buddhism and provides a guide to these timeless principles so you can find happiness in your own life. I 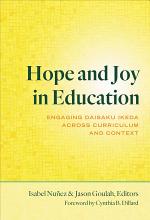 Hope and Joy in Education

Authors: Isabel Nuñez, Jason Goulah
Categories: Education
"Introduces educators and scholars to the legacy and import of Daisaku Ikeda as a singular philosopher, educator, and institution-builder, thus enriching current education discourse. In the process, the book illuminates the benefits of cross-cultural research and learning by considering the relevance of Ikeda's thought not only to established streams of 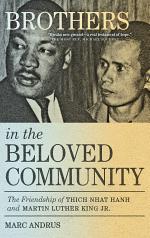 Brothers in the Beloved Community